Disc golf is a game played much like traditional golf. Instead of a ball and clubs, players use a specially made plastic flying disc.

Objective of the game

The object of the game is to throw a golf disc into the target, (a steel basket over which chains hang), in the fewest number of throws. The player begins by 'driving' from a designated tee area and continues toward the target, throwing each consecutive shot from the spot where the previous throw landed. Finally, a successful 'putt' sends the disc into the target. 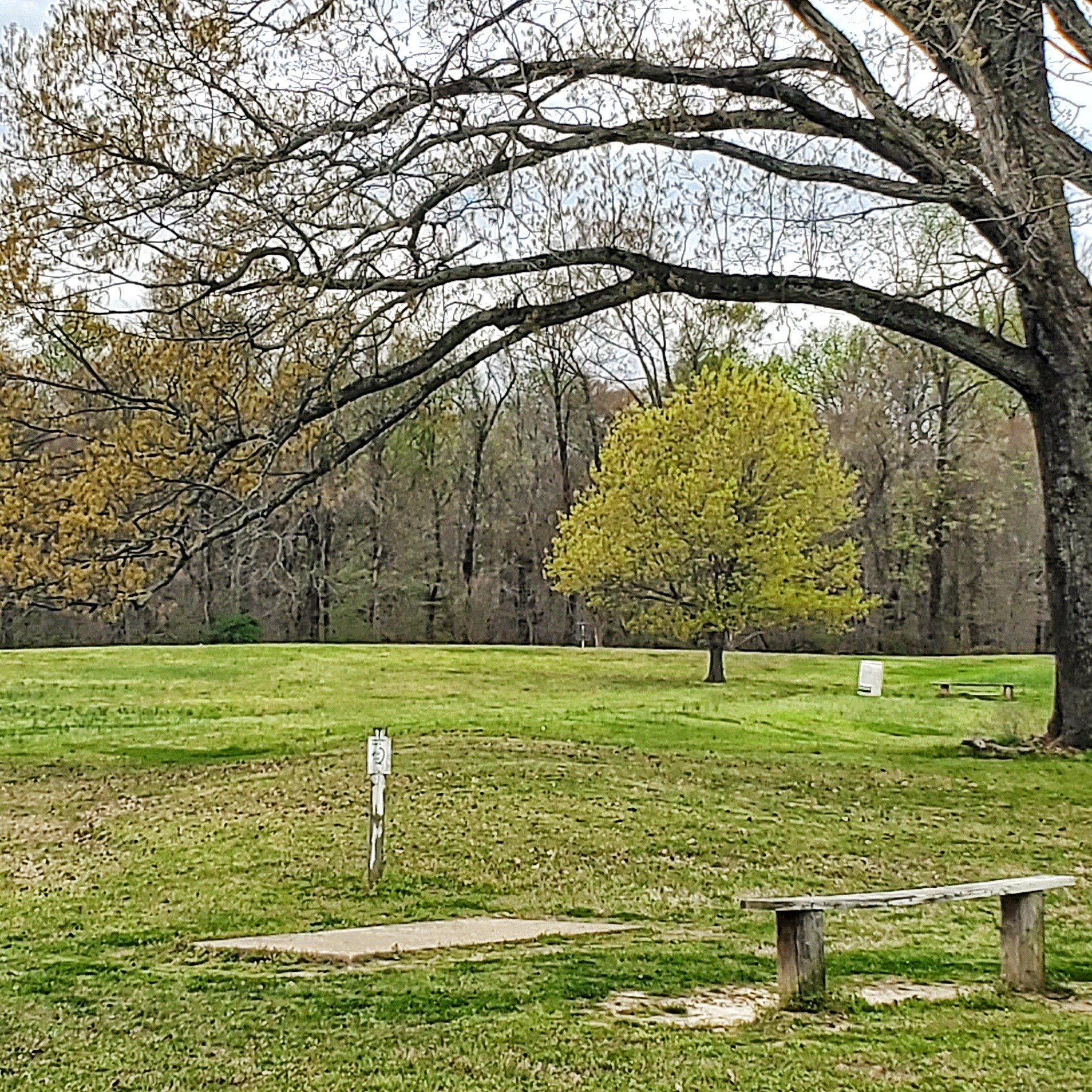 In January 2004 the city purchased nine permanent baskets. With help and guidance from the Tipton Disc Golf club, the nine hole ADA accessible course was built in Valentine Regional Park. Within a few months, the popularity of disc golf grew at a rate that allowed Munford to purchase nine additional baskets in January 2005. Theses nine baskets were strategically set in an extremely wooded area to challenge the middle to advance players. We now have another additional 18 baskets purchased by Disc Golf players, giving us a total of 36 holes.

Munford's 2 eighteen hole course is the only one in Tipton County. It is free to the public and open during regular park hours. Players of every age use the course for many different reasons.

1. Tee throws must be completed from behind the tee post. Do not throw until players in front of you are out of range.

2. Where the disc lands from the previous throw is called the "lie".

3. After the Tee off the player whose disc is farthest from the hole always throws first. Player with least amount of throws goes first on the next hole.

4. Fairway throws are made with the foot closest to the basket on or touching the lie. A run up and follow through are allowed after the release.

5. After the disc lands in the basket or chains, this completes that hole.

6. Any disc that comes to rest above the ground is considered an unplayable lie the disc must be played from the lie directly underneath the unplayable lie.

7. A throw that lands out of bounds must be played from the point where the disc went out of bounds and a penalty stroke taken. Water hazards, roads, and woods are out of bounds except for holes located in the woods.

8. Be courteous and allow faster groups or players to play through.

9. No littering, cursing, horseplay, or hanging on baskets. 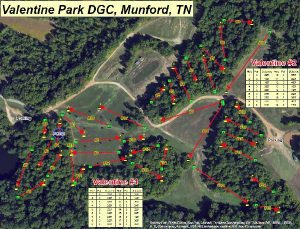