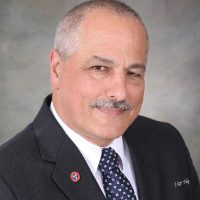 Ray Deneka worked as a Tipton County 911 paramedic from 1981-2016. He served the City of Munford as Alderman from 1997-2005 and from 2013 to the present. He is chairman of the Public Safety committee. During his tenure as Chair, Munford Fire upgraded to Advanced Life Support in 2018 and increased staffing to 4 firemen per shift in 2019-2020. Munford Police upgraded their patrol fleet and hired additional officers. He is also a member of the Public Works committee.

He has been married to Marsha Deneka since 1986. She is a teacher at Munford Middle and serves on the Munford-Tipton County Library Board. They have two daughters and a grandchild. They attend Munford Baptist Church.