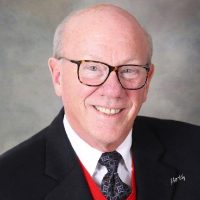 Jack Bomar was born in Munford in 1949 and graduated from Munford High School in 1967. He graduated from The University of Tennessee-Knoxville in 1971 with a Degree in Accounting. Jack retired in 2018 after 46 years in the banking industry having previously served as President of Munford Union Bank, Regional President of First Citizens National Bank, as well as Regional Executive for Simmons Bank.

Originally elected to serve on the Board of Mayor and Aldermen in 2014 to a four-year term and re-elected to a four -year term in 2018. He is a member of Munford First United Church. Married to Kathy Beach Bomar. Has two daughters and four grandchildren.