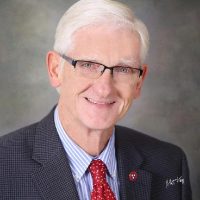 Dwayne Cole is owner of Cole’s Carquest Auto Parts and Service in Munford, established in 1975.  He served the City of Munford as Alderman from 1987-2000 and as Mayor from 2001 to the present.  As Mayor, the City of Munford has grown in population, the business community has greatly expanded, and many civic projects have been completed.  Those projects include development of Centennial Park, Valentine Park, Poplar Park along with construction of the new fire department and City Hall expansion. During his tenure he has also overseen infrastructure  improvements and various street enhancements.

He has been married to Sheila Marcy Cole since 1983 and they have four daughters and seven grandchildren.  The family regularly attends River of Life Assembly of God Church in Munford and are deeply involved in the community.